Coming Back: Sokka at the beginning and end of A:TLA 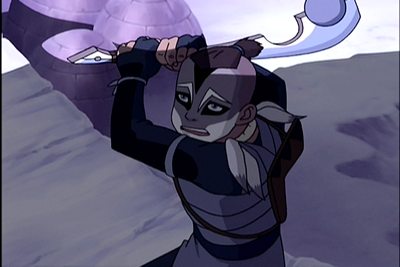 My heart went out to him in this scene. He’s so completely outmatched, but so damn determined, and he’s putting everything he’s got into a last-ditch effort to protect the people he loves.

We don’t get to see much of this Sokka for the rest of the series. Again, I’m not complaining, because the usual Sokka is fantastic:

But when thinking about Sokka’s role in the series finale, specifically one moment in the episode, I realized that we were given a Sokka scene that mirrored the first one, which showed both how far he has come over the course of the series and how much of that strength had been in him from the beginning.

The moment comes when he’s trapped on the edge of a war balloon’s catwalk, with a probably-broken leg, trying to hold on to Toph as she dangles in mid-air. 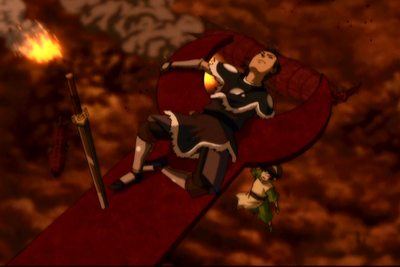 Why are these scenes mirrors of each other? Let's take a look.

Alone and facing a hopeless situation, Sokka just keeps fighting. He throws every weapon he's got at the enemy: club, Boomerang, and spear. 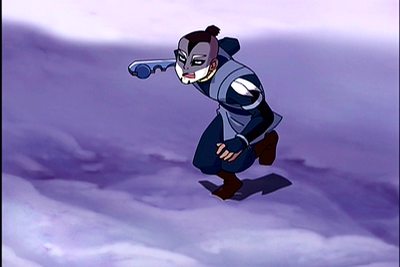 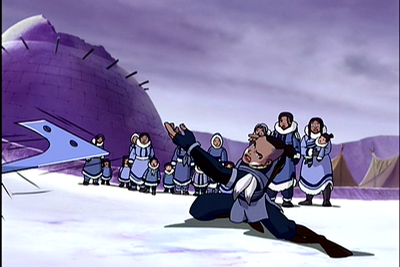 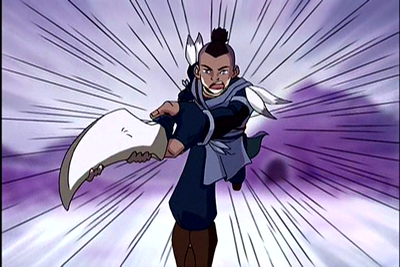 With, unfortunately, no success, since he's not actually a very good warrior at this point.

Wait, what's that? A SURPRISE SAVE BY BOOMERANG! 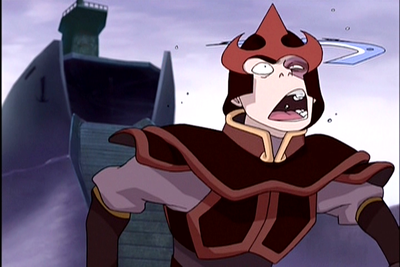 Boomerang stuns Zuko long enough for Aang to make it back to the village and make his heroic entrance, and the rest is history. Aang gives himself up to Zuko to save the village, Katara and Sokka go after them to save Aang, and their journey begins.

On the airship, at the end of the next year's summer, Sokka again throws everything he's got at the enemy: first Boomerang, then Space Sword. 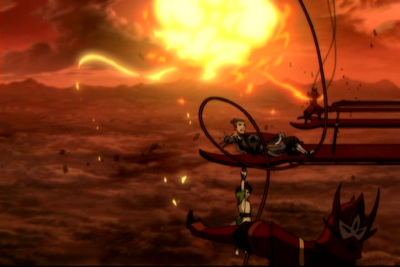 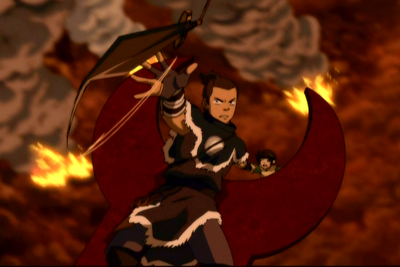 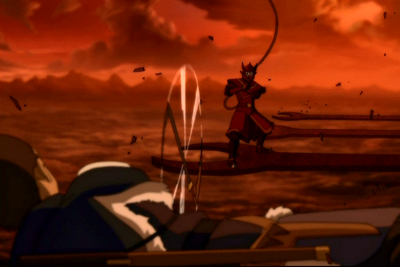 He's taken several levels in badass over the past year, and this time he successfully takes his targets out. Unfortunately, he's still outnumbered, cornered, and out of tricks. 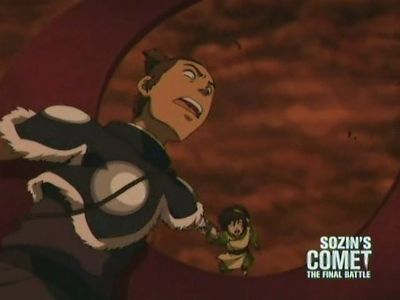 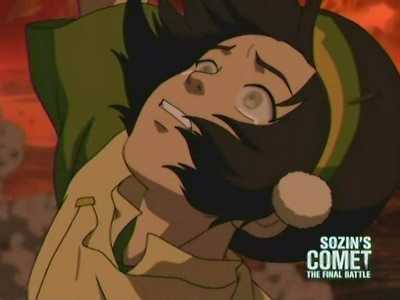 "I don't think Boomerang is coming back, Toph. It looks like this is the end."

This is one of the most heartwrenching moments in the finale: Sokka and Toph facing death and accepting it. Toph's silent tears show how brave and how scared she is. But rewatching the episode recently, and thinking about Sokka's line, the thought came to me that Sokka has always been ready to die, from the very beginning. 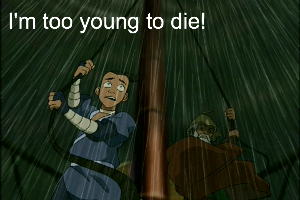 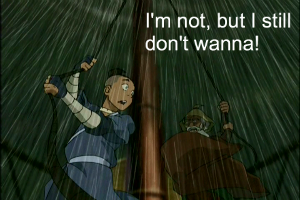 ...okay, let me rephrase! He's always been ready to go down fighting the Fire Nation and trying to take as many of them as he can with him. He was ready the first time he faced Zuko and his troops, and he's been living on borrowed time ever since that first surprise save by Boomerang.

Now everything's come full circle; Boomerang's not coming back this time. So, what has Sokka done in his few months of borrowed time?

He's gotten out of his little village and traveled all over the world, meeting new people and learning new things. He's learned a little humility and a lot of skill, and discovered that his strength is as an idea guy and a sideways thinker, not just a straight-out fighter.

From a lone half-trained warrior futilely trying to defend a tiny ramshackle village against a single Fire Nation warship, Sokka has gone to working with a team of friends as their strategist and idea guy, helping them to very effectively bring down a fleet of more than a dozen Fire Nation airships. This time, even if he dies, he'll have successfully helped to stop or at least cripple a major Fire Nation attack, which is the kind of thing that he could only dream of at the start of the series.

So now we're back to the heartbreaking moment, Sokka and Toph staring death in the face.

Wait, what's that? A SURPRISE SAVE BY SUKI! Boomerang didn't come back, Suki did! 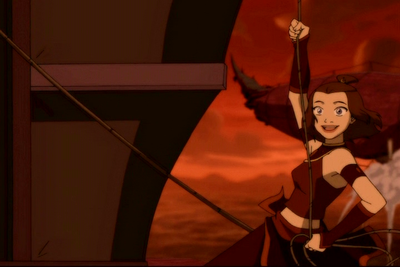 As I said before, one of the things Sokka has learned over the course of the series is that he's an idea guy. The other thing that he's learned is how to play nice with work with others. He's lost a lot of arrogance and gained a lot of skill, so that he's no longer all bluster and no ability. And who is the first new person he met after leaving the South Pole; the first person to take him down a peg and to teach him to fight? Suki, of course!

So when it looks like Sokka's back where he was at the beginning, but Boomerang isn't coming back and Sokka's at the end of his borrowed time... who should save him but Suki, representing everything he's learned and all the friends he's made over the past few months! He isn't back where he was, because of all the growing he's done during the journey with Aang.

In other words, this moment showcases both the courage that Sokka had from the beginning, and the lessons he's learned since then. 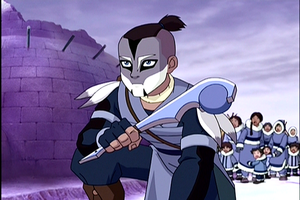 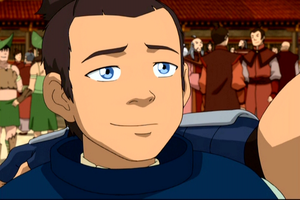 [CREDITS: all screenshots are from Piandao.org, resized and otherwise modified by me, except for the two with "Sozin's Comet" in the corner, which I took myself.]